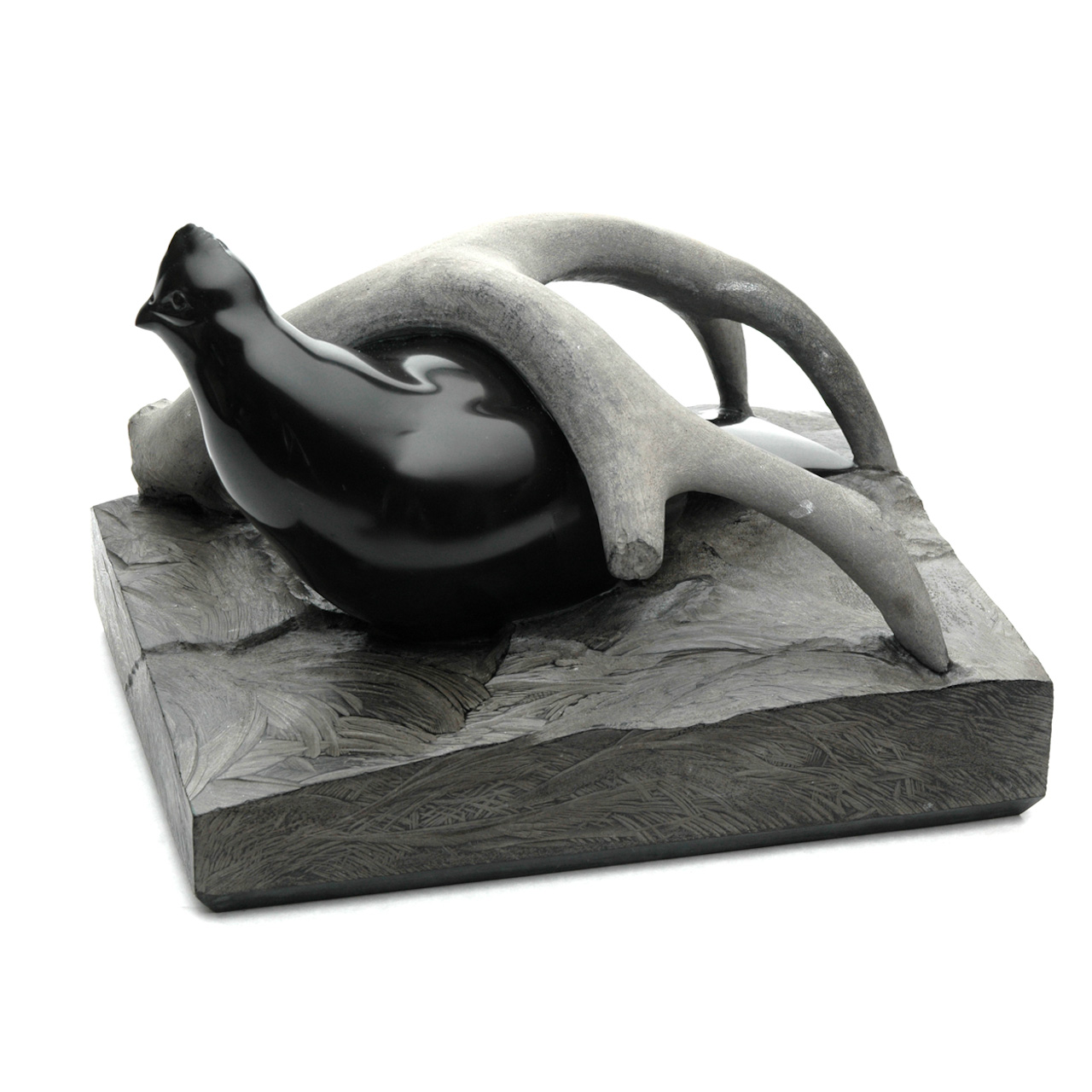 In Ruff Night, a ruffed grouse ventures out from under the cage of a fallen deer antler.  An old bleached antler that my daughter Alanna found near our remote retreat in Idaho was hanging in my studio for several years until I realized that it was the exact same size as the piece of Belgian black marble that I wanted to carve. I used the, bird, antler and forest floor to address the idea of life, protection and vulnerability.

This is one of the most technically demanding pieces I have ever made. Marble is not easy to polish even when it is easy to access.  In order to polish the grouse I was forced to invent many tools.  Most of the refinements, whether with old or new tools, were done with elbow grease, finger work and time.