The Structure of Love is Indestructible – Artist Statement 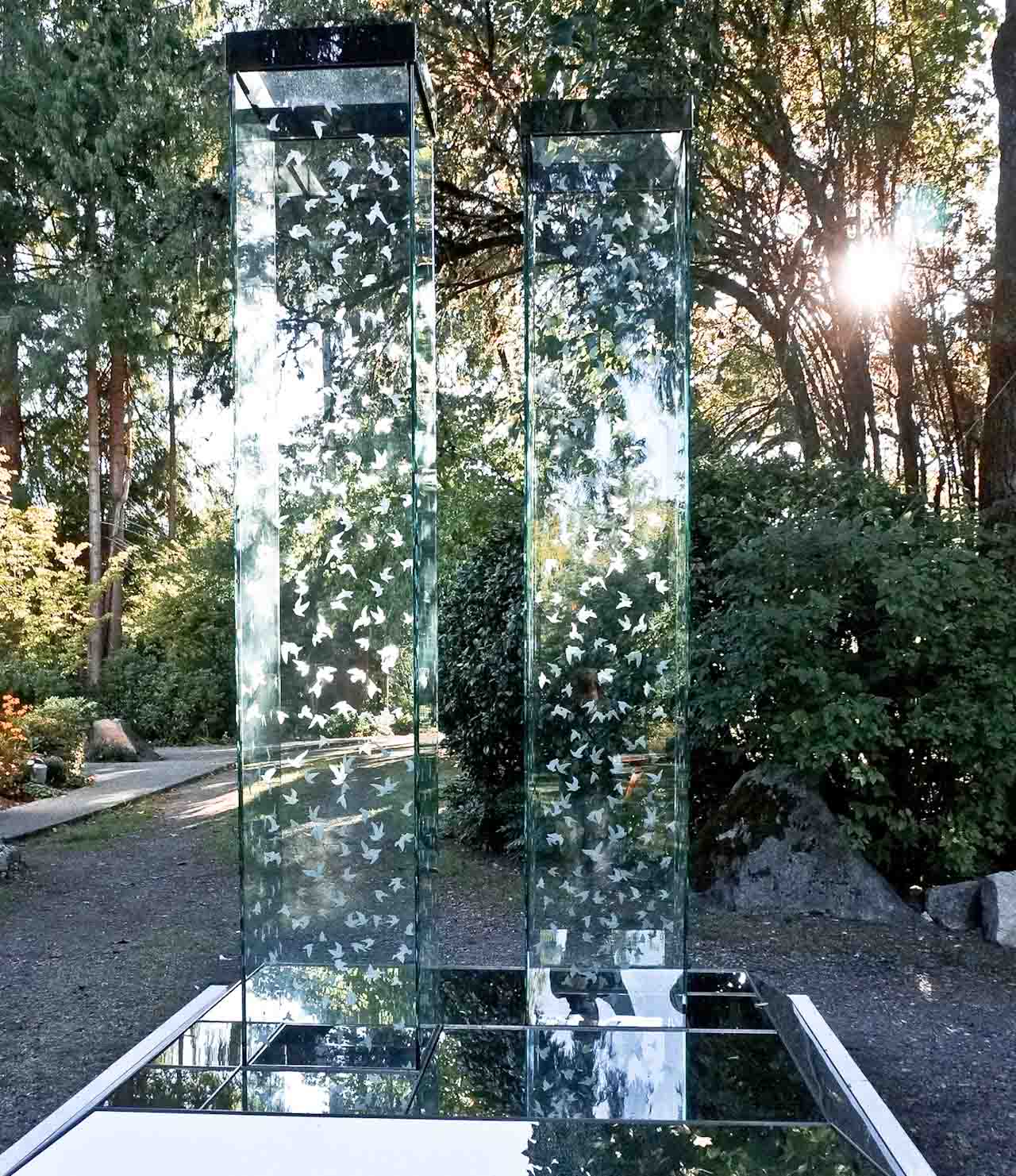 The Structure of Love is Indestructible

In October of 2001, only one month after the multiple tragedies of September 11th, I made a sculpture.  My motive was to honor the people from 90 different countries whose lives were lost or who were injured by the devastation of that day.  It was to be a tribute based on the iconic World Trade Center towers in New York City, but one that could be looked at and thought about for many years to come without being sensational, depressing or emphasizing vulnerable structures and mortality.  The intent of my design was to overwhelm and displace as many of the horrific and hypnotic images of that day as possible with something relevant but beautiful; In my mind, that was the truth about those many lives, independent of that tragedy.  I wanted to be awestruck by 3,000 unique individuals cherished in the fullness of their potential and life.

I titled my piece The Structure of Love Is Indestructible and made it, mostly for my own healing.

My premise was that the truth about the unique qualities of those who were repeatedly labeled as victims could never be destroyed. My original 4-foot tall glass sculpture was covered with hundreds of doves etched into the sides of a single glass tower. These flying doves represented these individuals, as their families would think about them, not just as victims of a horrific day.

Twelve years later, in 2013, and with generous community support, The Structure of Love Is Indestructible grew in both size and meaning. The new sculpture has two glass towers instead of one, each measuring 10 feet (3 meters) tall and featuring an ascending, instead of scattering pattern of flying doves.  A polished stainless steel base supports the uplifting glass forms.

Glass and mirrors are sometimes associated with a very breakable material, but in this sculpture what they defy that suggestion and represent what can’t be broken. Truth can be denied or its outward evidence physically obliterated, but the truth will always exist.  Elevating views full of light, mirrored reflections, doves in an upward flight – for me, are all expressions of lasing beauty independent of matter and mortality.  This tribute is not for everyone, but I join many others in filling my heart with gratitude for the best and most memorable and true nature of every individual lost.  If I had been lost, I would not have wanted my memory to be darkened by smoke, crushing steel, anger, hatred and revenge.  It is not necessary for tribute to contribute to this darkness or equally destructive revenge.

Between 2001 and 2013 my message grew, in my thought, to embrace victims of any tragedy, not just of 9/11. I realized that in the face of any challenge, filling my thought with what was true and good about people, especially in tough times, had always been a catalyst for more respectful communication, collaboration, creative problem solving, and healing.  Again, this was an empowering message that I felt should be shared for those individuals working to claim a victory over hatred and revenge, even under extremely challenging circumstances.  My ideal is not location specific; it embraces all who work for the inspiration and intelligence to reduce violence and inequality in the world.