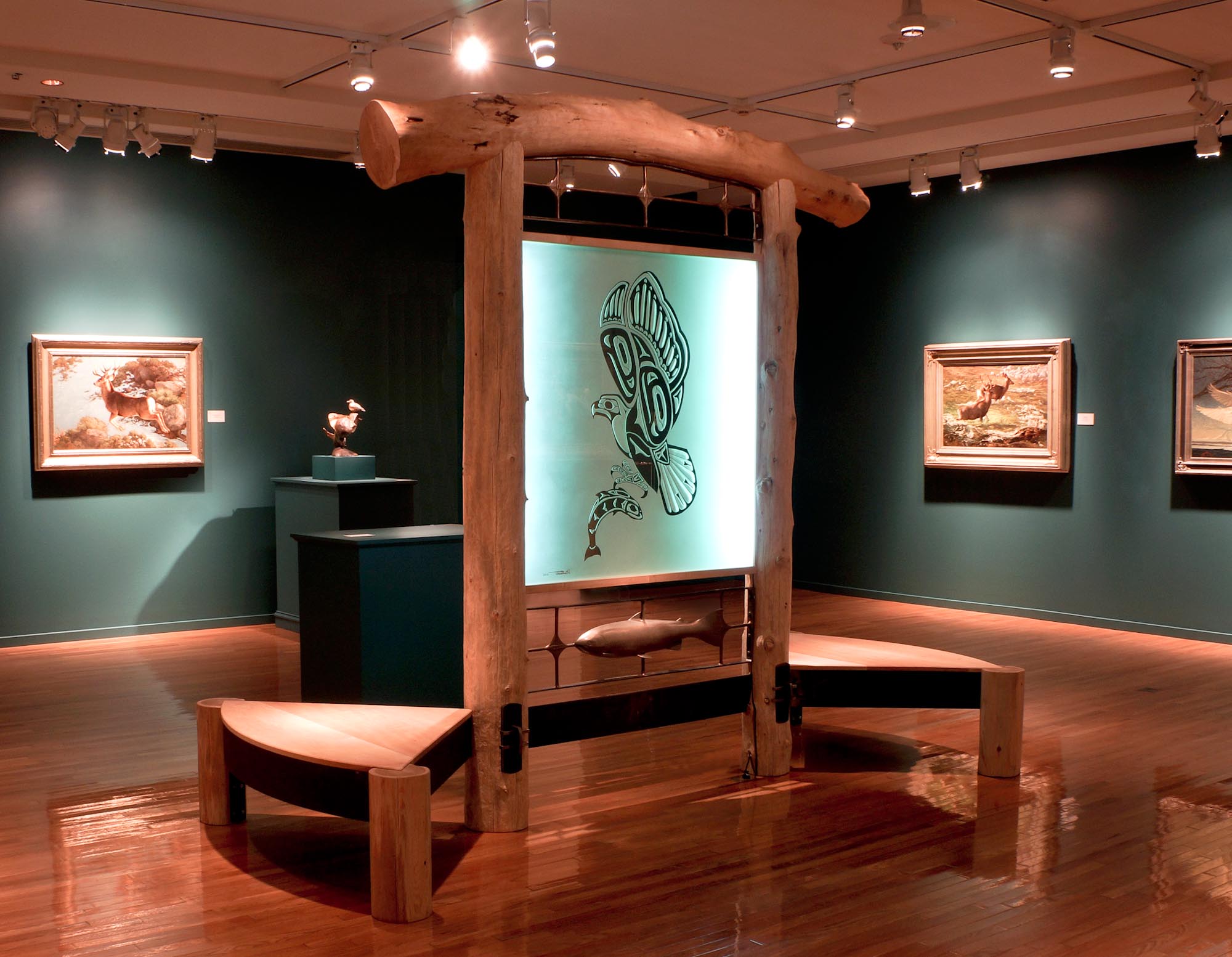 This piece features a motif that I designed in 1992 of a bald eagle in flight with a fish. I featured the widely used design representing the head of a salmon in the wings of the eagle.

Growing up in the Pacific Northwest, my visual art influences have included the natural environment as well as regional art – primarily Northwest Indian art that was produced over a wide period of time by people of many different regional tribes. Surrounded by family heirlooms from China and Japan, which were collected by my grandparents during a yearlong military deployment to China in 1935, these beautiful items have also provided classic foundations for me, in aesthetics, design, subject and meaning.